Posted on June 3, 2015 by Landmark Productions

Landmark Productions and Wide Open Opera are delighted to announce that The Last Hotel, the new opera by Donnacha Dennehy and Enda Walsh, will have its American premiere at St Ann’s Warehouse, New York, in January 2016.  Although rehearsals have not yet begun, there is already huge international interest in the opera, which will have its world premiere at the Edinburgh International Festival in August and will play the Royal Opera House, Linbury Studio Theatre, London for six performances this October.   Further dates for the opera will be announced in the coming months.  Landmark Productions and Wide Open Opera are grateful to the Arts Council and to Culture Ireland for the support of the opera both at home and abroad.

The Last Hotel will be the fifth Enda Walsh work presented by St Ann’s, following Druid’s productions of The Walworth Farce, The New Electric Ballroom and Penelope and the Landmark / Galway International Arts Festival production of Misterman.

The performances will take place from 8 – 17 January 2016 at St Ann’s stunning new permanent home at the Tobacco Warehouse, on the waterfront in Brooklyn Bridge Park, New York.  The New York dates will be co-presented with the Prototype Opera / Theatre / Now festival and with Irish Arts Center, an increasingly important partner for the presentation of Irish work in NYC and beyond, and are supported by piece by piece productions.

Other productions in the St. Ann’s Warehouse 2015-16 Inaugural Season will include the Donmar Warehouse’s celebrated production of Henry IV, the second with St. Ann’s in director Phyllida Lloyd’s trilogy of all-female Shakespeares; the New York Premiere of Nice Fish, a new play conceived and written by the Tony- and Olivier Award-winning Mark Rylance and poet Louis Jenkins, adapted from Jenkins’ book of poems about ice fishing in Minnesota, and the Young Vic’s modern-day production of Tennessee Williams’ A Streetcar Named Desire. 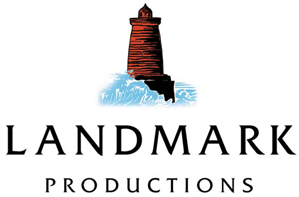