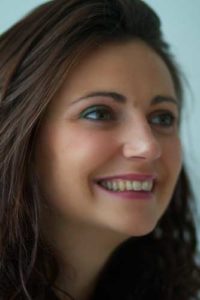 The 2013/14 season saw Aoife make several notable role debuts, including Gilda (Rigoletto), Cecily in the Irish premiere of Gerald Barry’s opera The Importance of Being Earnest for Northern Ireland Opera/Wide Open Opera, and Thérèse in Poulenc’s Les Mamelles de Tiresias at La Monnaie, a role which she first performed for Aix-en-Provence in June 2013. In July 2014, Aoife returned to the Aix-en-Provence Festival for their production of Trauernacht (staged Bach cantatas), directed by Katie Mitchell.

Aoife performed the role of Mary Crawford in the London Premiere of Jonathan Dove’s opera Mansfield Park in May 2012 with Royal Academy Opera directed by John Ramster. With Camerata Ireland and pianist/conductor Barry Douglas, Aoife sang in the world premiere of Mark Anthony Turnage’s At Sixes and Sevens in July 2013.

In May 2014, Aoife was awarded the prestigious Offenbach Prize by the friends of the Cologne Opera House for outstanding achievement throughout the season.

Aoife will perform the role of Woman in performances at the Royal Opera House.